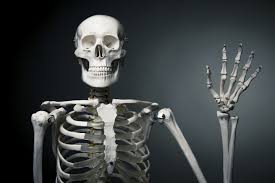 As I drive down an off-ramp of a major four-lane road, my first thought is, I wonder where this dark and windy path will take me. My second thought is, I’m not sure if I’m going the wrong way down a one-way ramp and it’s very possible I’m about to get hit by an oncoming semi. The first was my acid thought. The second, reality. The two merged in and out from one another, just as I so tentatively wove between other cars on the highway, possibly going 20 mph slower than the speed limit.

Three days after my 36th birthday, I am in my hometown under the premise that I am here to somehow help another crisis situation unfolding with my brother. Less than a week out of the behavioral psych unit, Takkin is doing alright. In the two days I’ve been in Northern Virginia, he’s been fairly stable, jovial even. This won’t be too bad, I think. I’m here for less than 5 days, to alleviate some pressure off my dad who has been caregiving nonstop for more than 10 years, day in and day out with a mentally ill, developmentally disabled 31 year old man whose social-emotional development is worse than that of a two-year olds’.

Day two is coming to an end, and I’ve put in my time–driving Takkin around, playing games with him, listening as he talks at me with barely a breath between sentences, repeating the same things over and over, coming up with 15-minute chunks of activities since that is all he has the attention span for. I leave him in the evening at my dad’s house. All is relatively calm. And I deserve a break. So I decide to break from reality for a few hours. The fiending had started the moment I set foot in my childhood locale. The reversion from adult woman to adolescent happens in such a quick and insidious way that I don’t even notice it until it is too late.

So how did I end up in a parking lot somewhere in between my under-the-tongue tab starting point and my hotel, waiting for my childhood friend Dave to come rescue me from this semi-self-imposed, semi-inescapable nightmare?

I shouldn’t have taken the acid. I shouldn’t have panicked when I heard that yet another catastrophe had occurred between Takkin and my dad, and I definitely shouldn’t have thought the adrenaline that courses through my veins weekly when this happens would overpower the acid that was coursing against it in the opposite direction.

While I wait for Dave to come, I desperately want a cigarette even though I promised myself I would quit and had successfully for three days. I shakily put my mask on and walk into the CVS, unable to recall if it was this store or Walgreens that stopped selling them. I see the shape of a human being at the cash register and walk up to ask them, only to realize it is a skeleton. An actual skeleton. I am still tempted to ask it for cigarettes but finally find a real person who is stocking the aisles who confirms that indeed they do not sell cigarettes. I briefly consider seeing if the skeleton will have a different response but think it futile, and try my hand at the gas station nearby, which is closed.

I go back to my car, lock myself inside, and call my husband sobbing and begging for forgiveness for the so many stupid things I’ve done. He is kind and generous as always. Out of the corner of my eye, a vision of my ex-boyfriend of nearly 20 years ago’s car: a diesel Mercedes-Benz that you could hear coming from a mile away. It is not a vision, but in fact a steel and exhaust-filled fact, as Dave has arrived, and I remember that he bought the car from my ex years ago. He stands outside the door of my car, six feet away of course, arms folded, that wry smile on his face that I haven’t seen since last I saw him years ago. I want so badly to hug him but this is 2020 and hugging and touching and all things good have been banned.

Instead, I stumble out of the car and fold over myself and sob and laugh and beg him not to make fun of me. He does, but only in the way I need. I tell him about the skeleton and he does not believe me so I drag him to the CVS and even from the window outside he sees it and we are dying of laughter and I realize it has been months, or possibly years, since I have laughed this hard. After the skeleton has been captured for posterity on his iPhone, he asks, What’s the plan?

As if one exists.

As if I am not being crushed under 220 pounds of weight that has been pulling me under while I barely stay afloat, grasping at whatever gasps of air I can get whenever I can get them.

As if I am not both dreading and tying some hope onto the imminent death of my father whose relationship with Takkin has become so toxic and mutated and fused together that I sometimes wonder if one can even exist without the other.

As if I don’t fear every day that my husband will see how he has tied himself to a sinking ship and find a way to loosen the knot and get free, for which I would not blame him.

As if I have not stopped working or calling doctors or making appointments or researching treatment centers or reading about medical side effects or listening to the endless stories that all sound exactly the same about how they had to call the cops because he was so out of control or that he threw a wine bottle at my dad then begged his forgiveness not half a second later or how he needed another cell phone or headphones to soothe the emptiness of his life.

As if I have allowed myself more than one moment’s grieving for all that I have lost, all that I am losing, all that I have yet to lose. The daughter who was always a sister first. The sister who was somehow a mother. The child who became an adult the minute he was born. The adult who could never fully grow up. The afterthought by necessity. The girl who has been shaped by her constant and desperate need to fix the unfixable, even if it means practically killing herself in the process.

As if I am not a 36 year old who has taken acid because she knows no other way to let some of the nearly unbearable pressure off, before the gasket fully blows.

Dave, I say, just take me back to the hotel I guess. And maybe a cigarette, if you don’t mind.

View all posts by Tara Ebrahimi