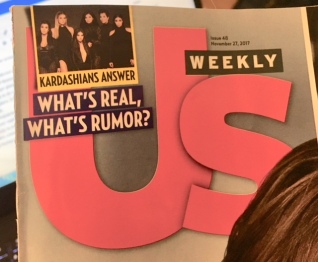 It’s the Saturday after Thanksgiving and everyone is gone. I am bored. Just spent 45 minutes re-reading an old US Weekly, hence the inspiration for this exercise. It’s especially challenging because I’m shamelessly open and most people know almost everything about me. Here goes: